All of our May news
1st May 2021
KH Saturdays
Another great day of classes in all Performing Arts subjects including Drama, Jazz, Tap, Ballet, Musical Theatre ( private singing) Commercial dance, Lyrical, Thanks again to The Milton Rooms management for allowing us to use their venue as well as KH, so we can accommodate all our Saturday pupils with 5 studios on the go. Have a lovely Sunday and Monday everyone, we’ll see you Tuesday. 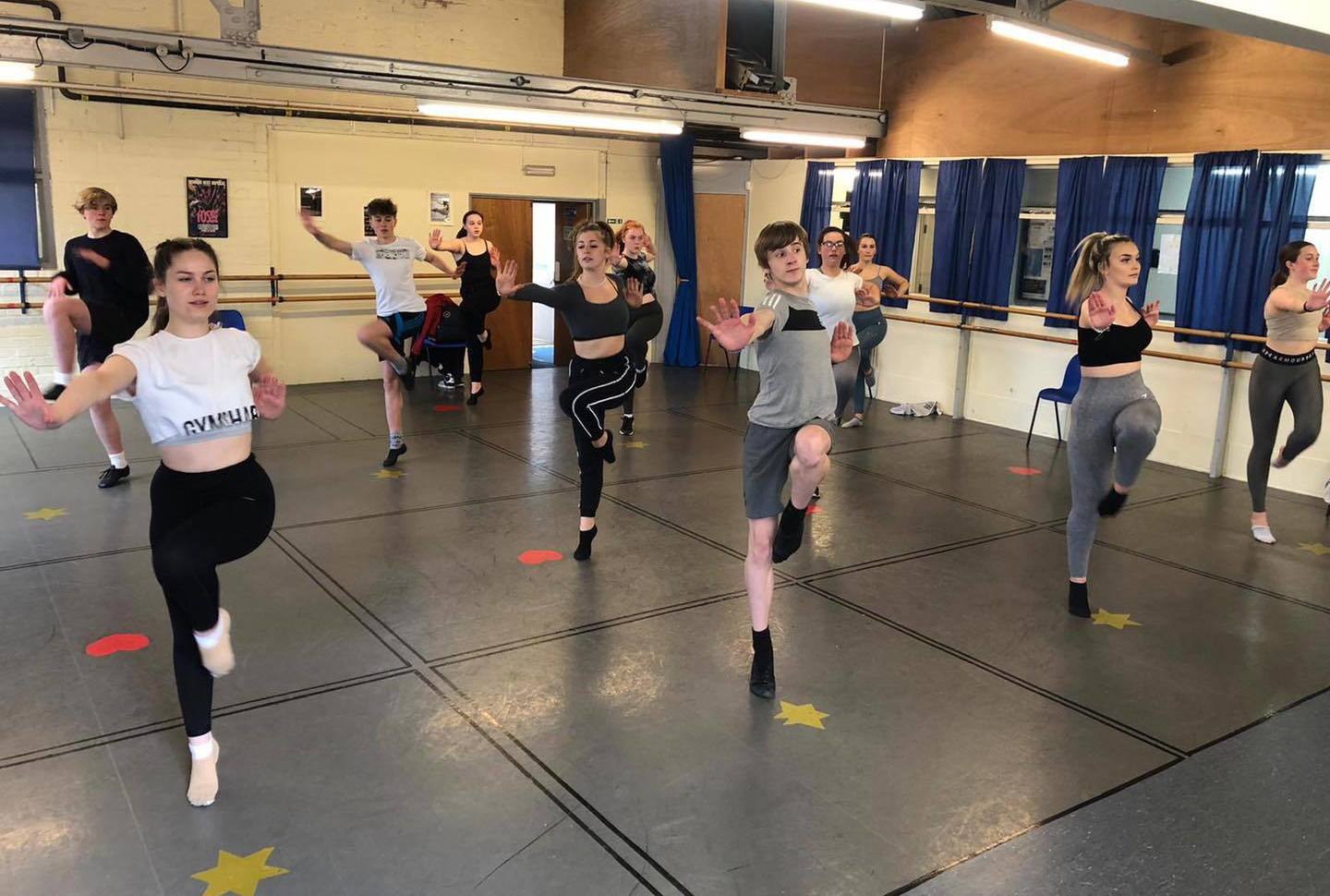 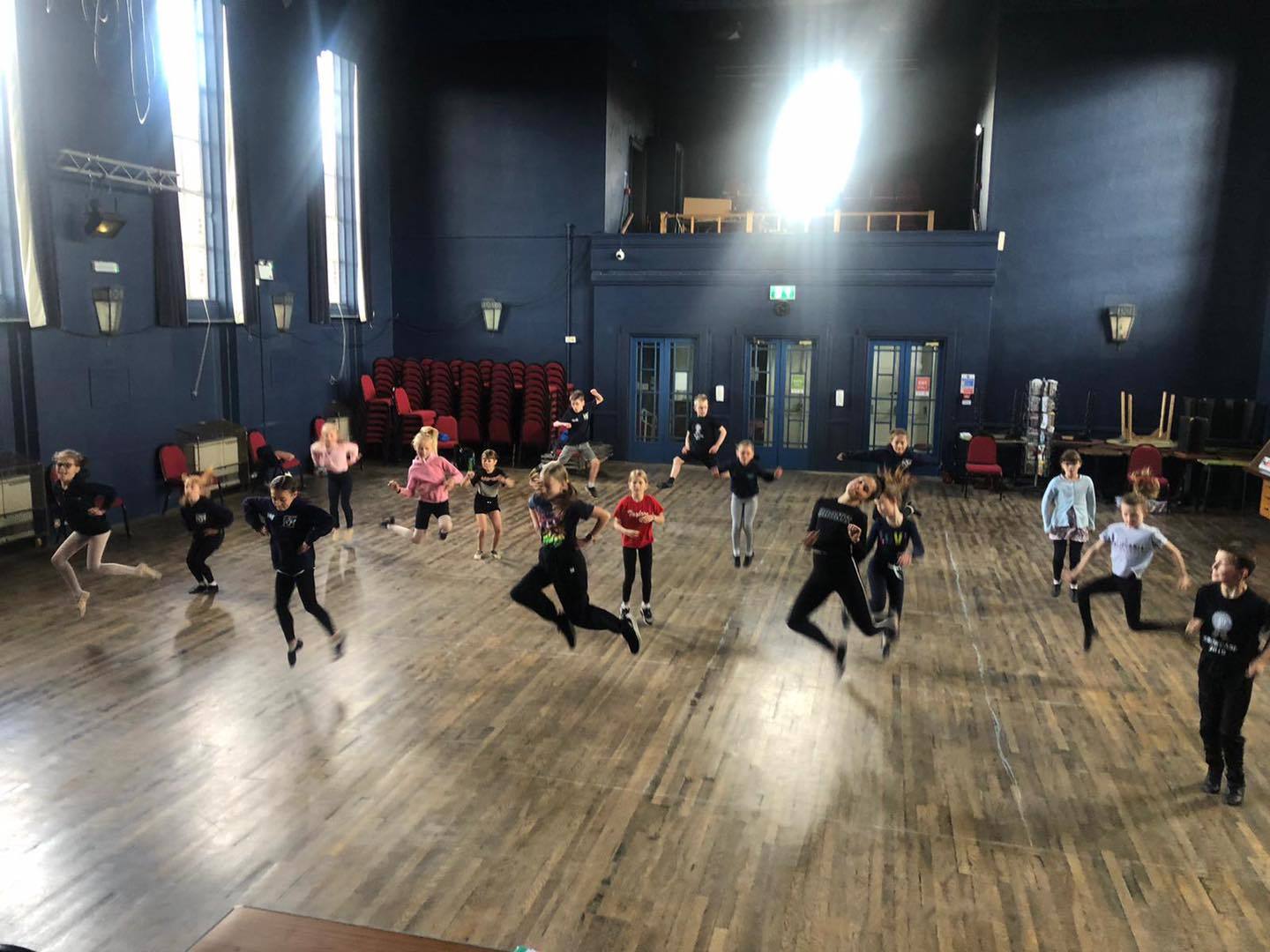 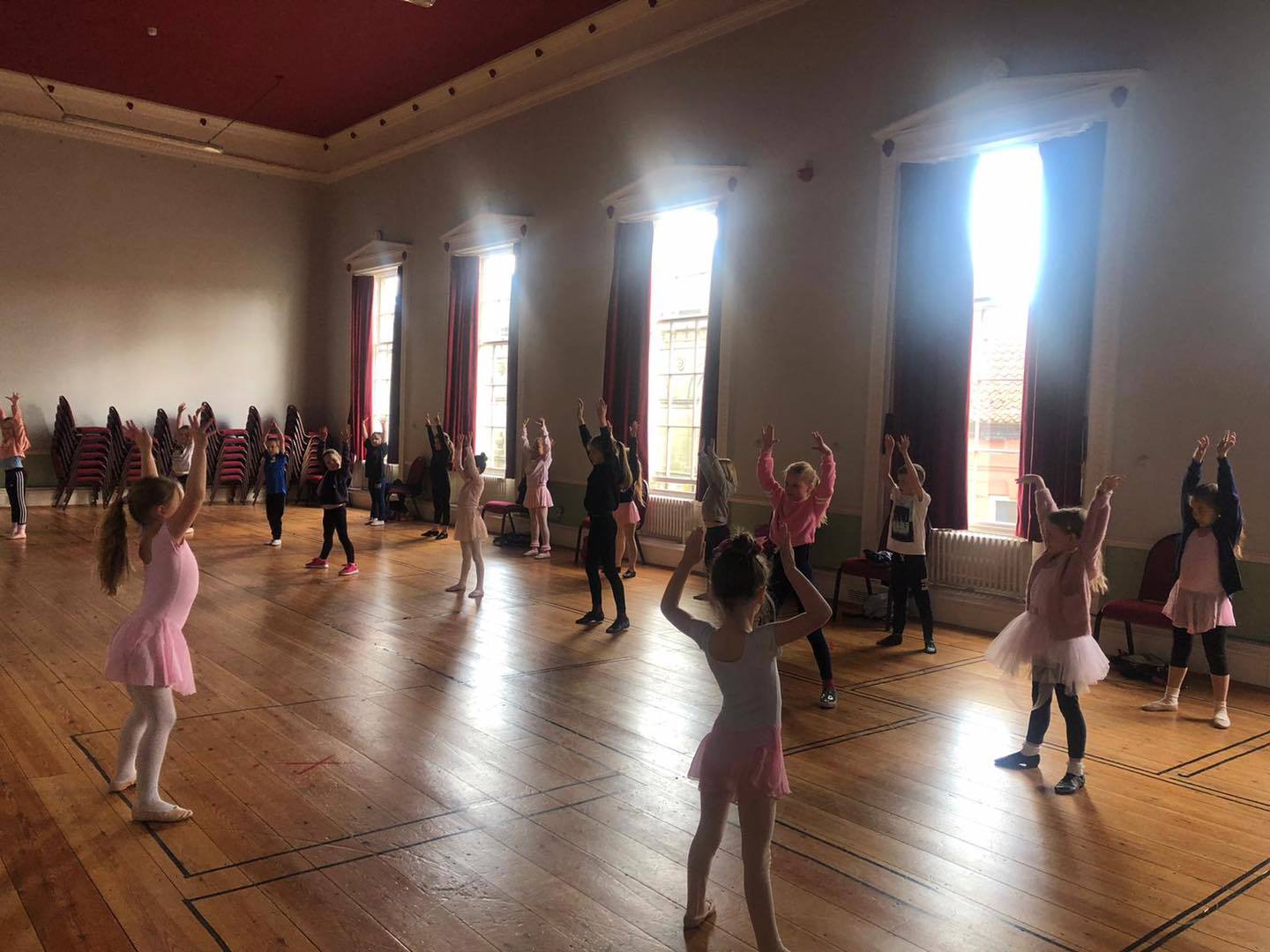 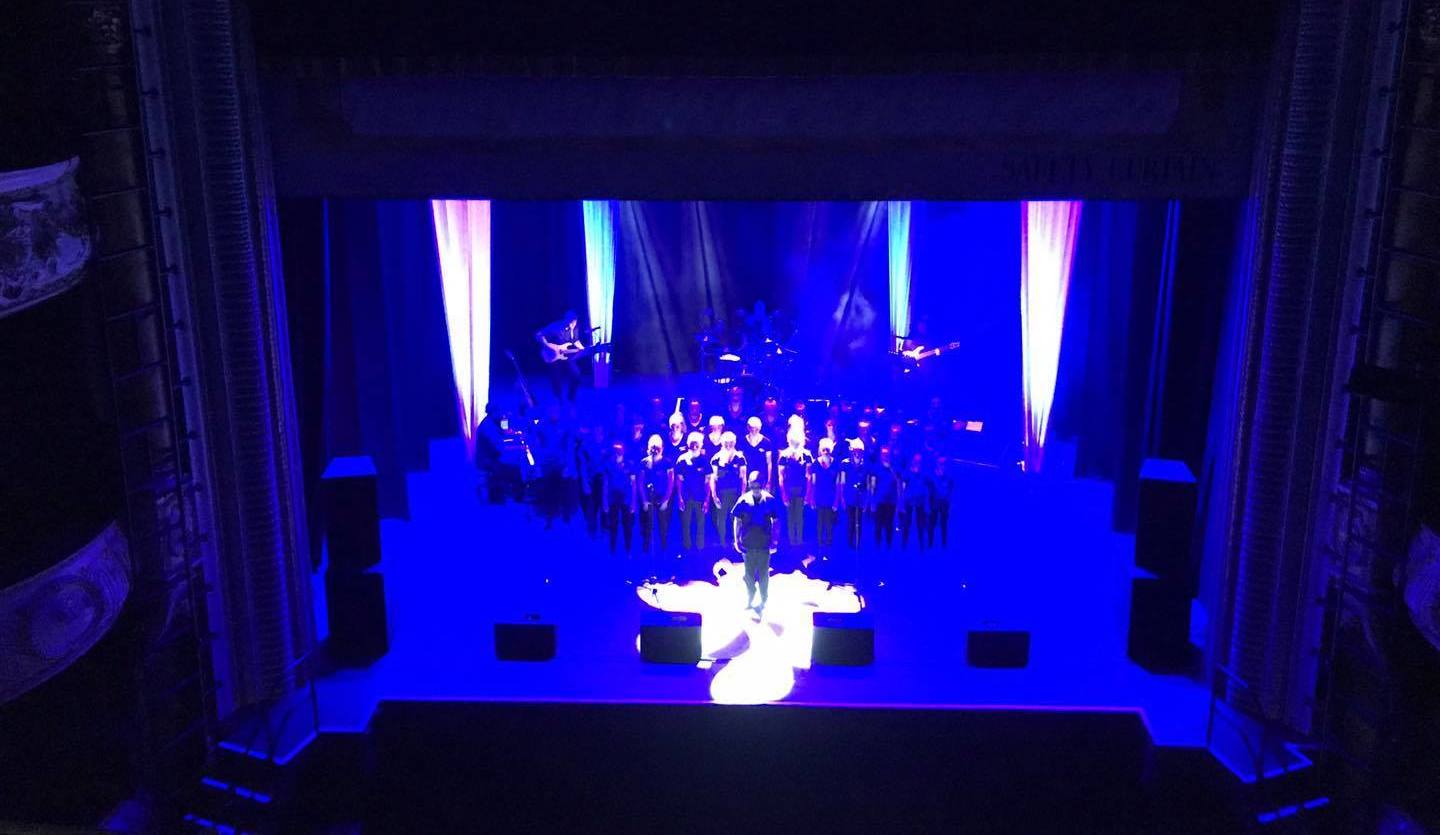 On this day - 4th May 2019.
Our youth choir under the musical directorship of Miss Nicky sang with former pupil Scott Garnham and The Barricade Boys, at The Grand opera House York. What a great night and wonderful memories of the sell out production. 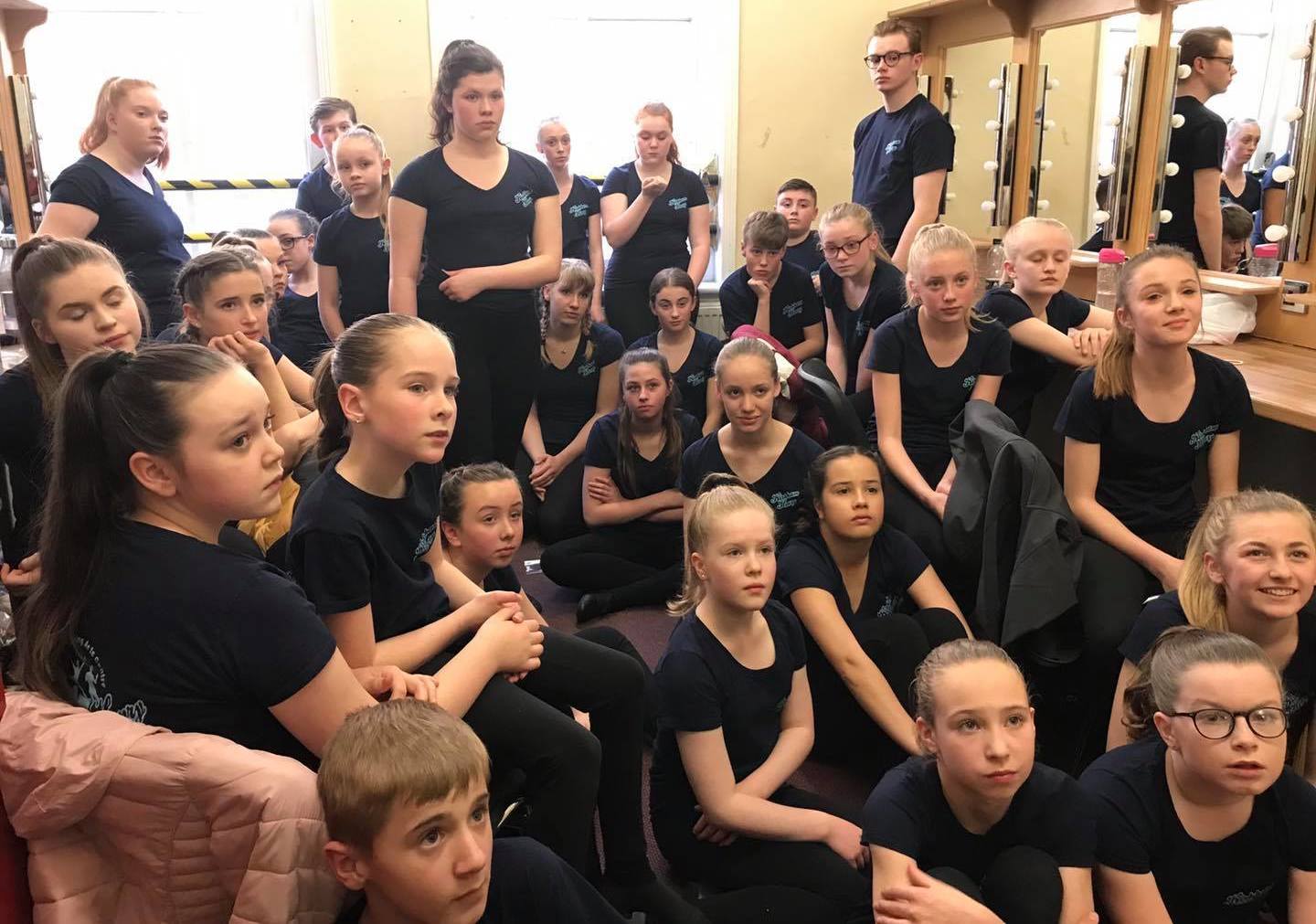 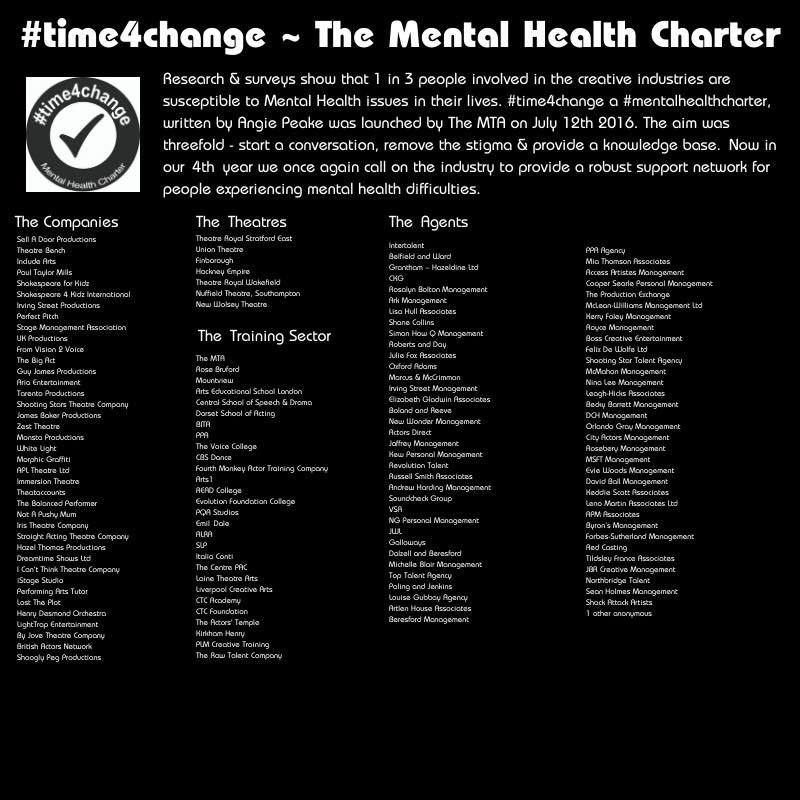 #time4change
Mental Health Charter for the Performing Arts
Kirkham Henry is supporting Mental health awareness week. We were the first pre-Vocational performing Arts school to be welcomed onto the charter as a school caring equally for mental and physical health.
Did you know our staff have a care alert system, so when parent/carers wish to share concerns their children are going through, we can make sure teachers are aware to care for these children and young people before they arrive in the studios.
Mental health charter for Performing Arts “We intend using the collective potency of educational and training institutions, theatres, producers and agencies to make the performing arts inclusive for all, reduce morbidity, promote mental health and well being and remove the pervasive, culturally constructed stigma that surrounds issues of mental health.
OUR GOAL
To remove Stigma around mental health, provide support and give information.”
KH is care aware.
11th May 2021 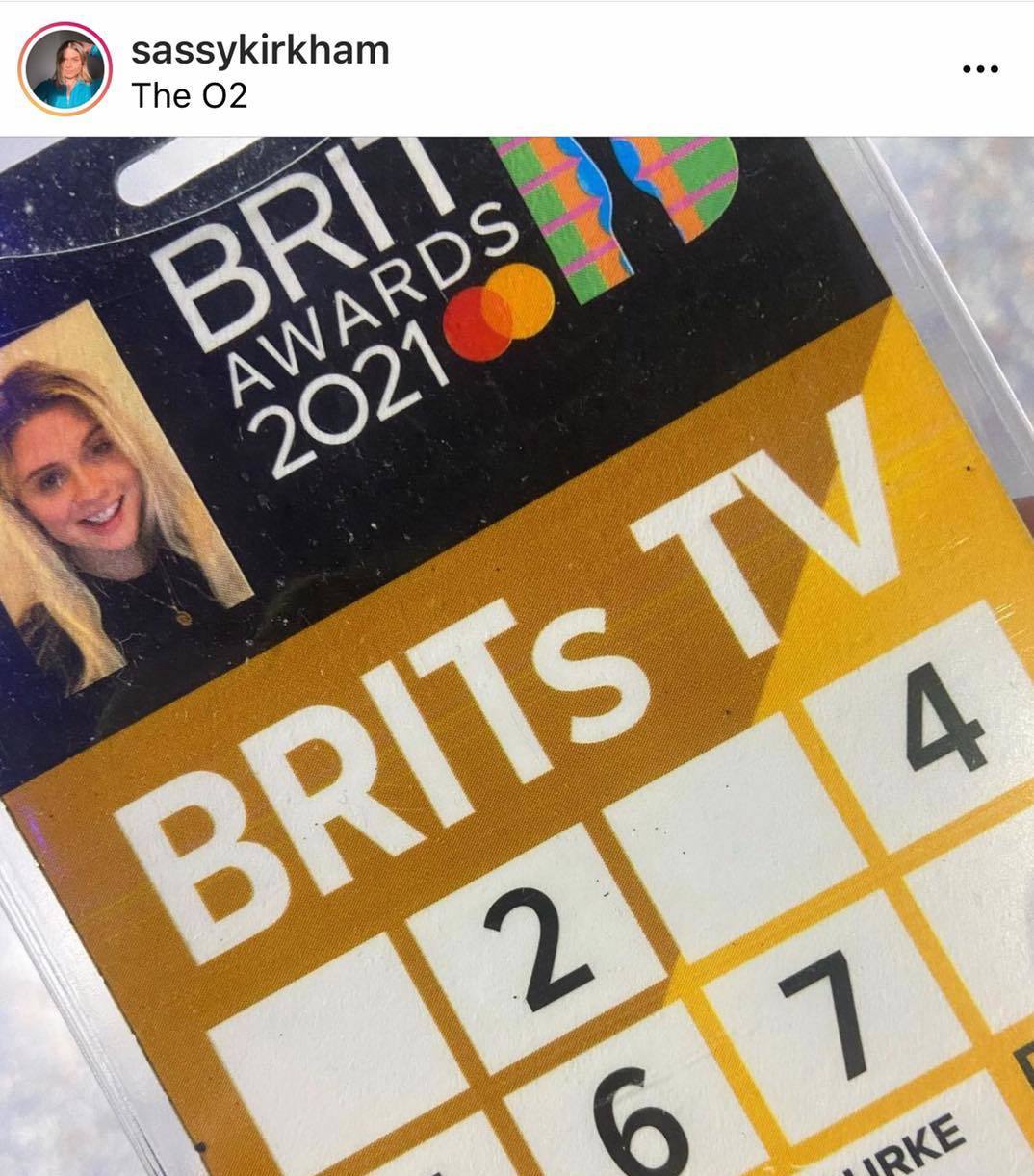 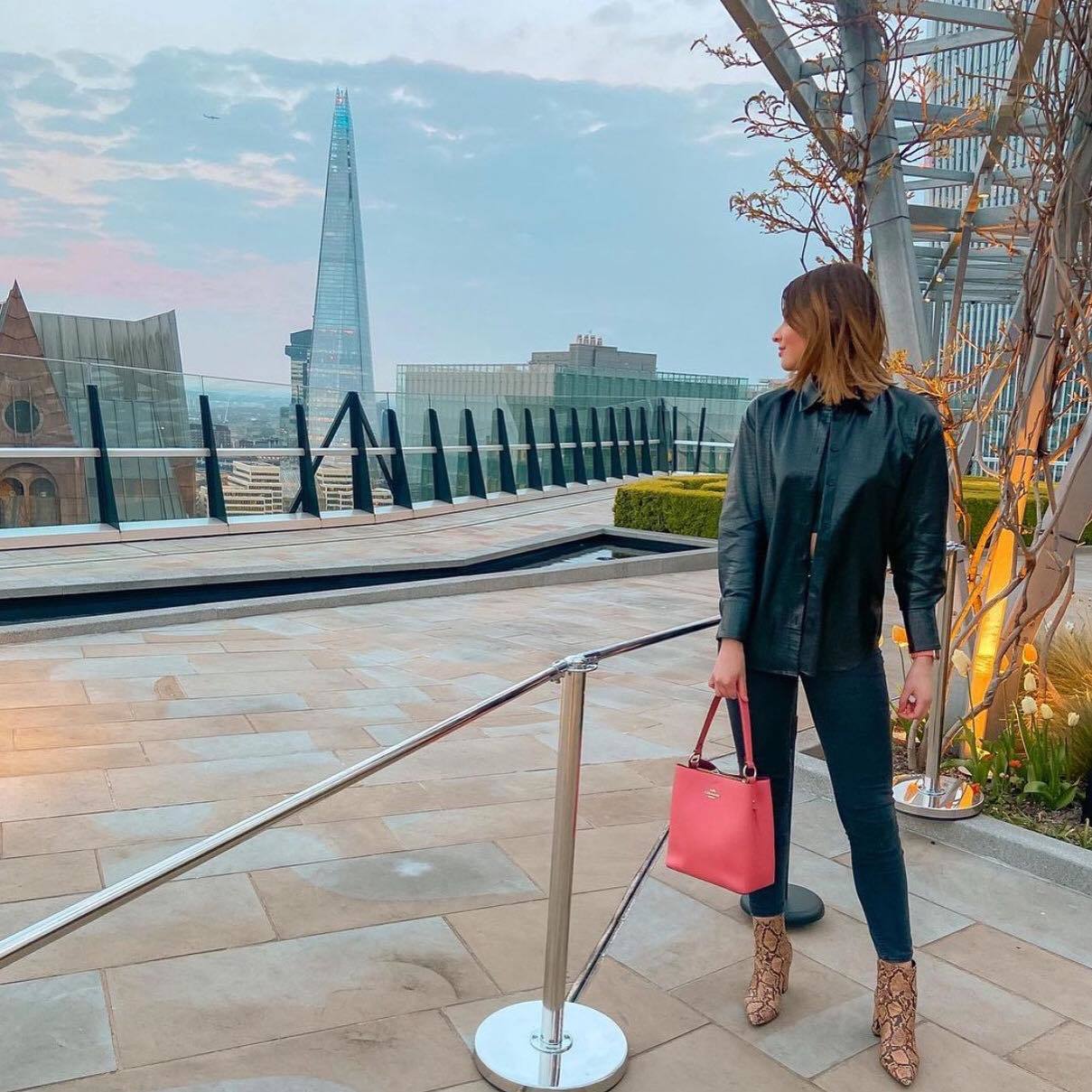 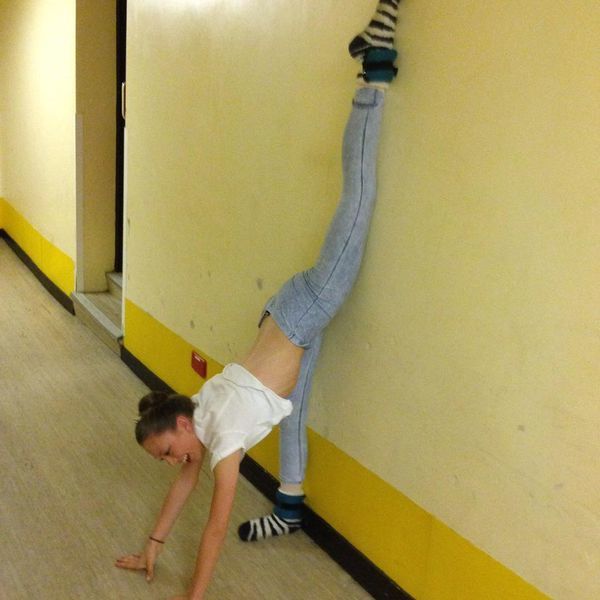 Massive thanks to Katy for covering for Miss Sarah, teaching the Thursday Senior Jazz Classes.
As Katy goes down to London, as Theatres are starting to re-open, we welcome Olivia for a few weeks before she goes back performing on the cruise ships.
Seen here both former pupils, now guest teachers (biographies on our website) during The Northern stage dance festival warming up - prior to their graduation from KH. 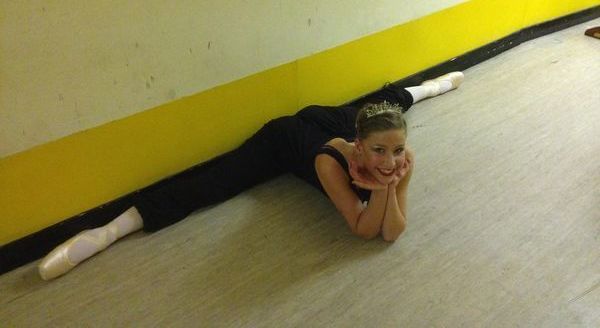 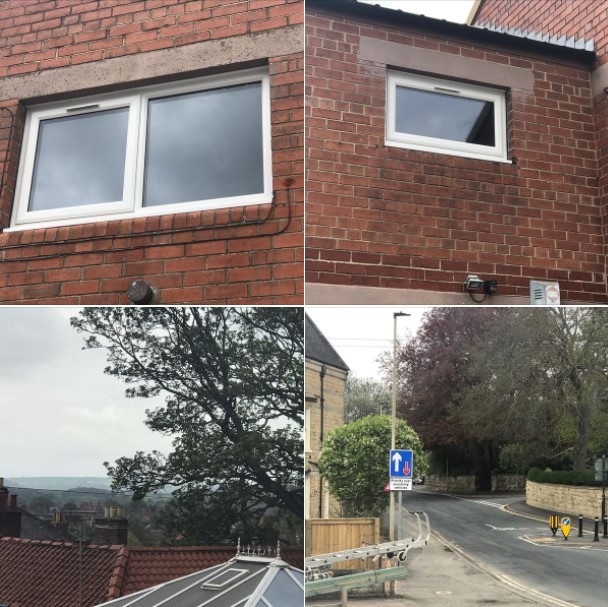 Yeh, our final replacement windows are in - The main office now has brilliant ventilation and it’ll be so much warmer in winter and cooler in summer.
The view is clearer over the wolds and towards the old A64. (Where the examiners use to get stuck in the traffic before the bypass and we’d run late on exam days due to the traffic.)
Thank you everyone for your support, changing rooms next!!
👏👏✅👍❤️
15th May 2021
Our Red group drama
“So proud of red group today doing complex improvisations!” Miss Allison.
Imagination can take you anywhere you want to be, creative minds producing some amazing work. Well done Red Drama 👏👏👏 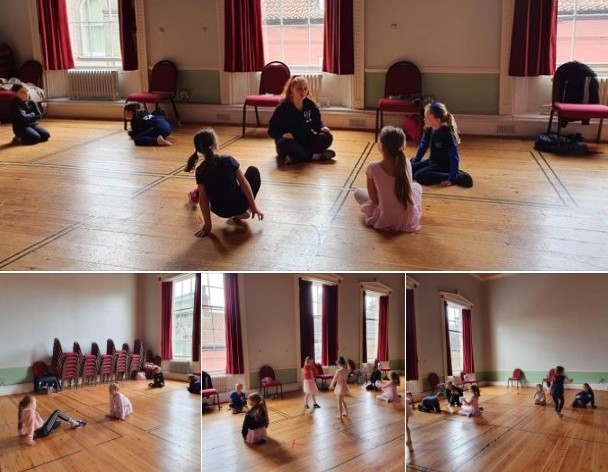 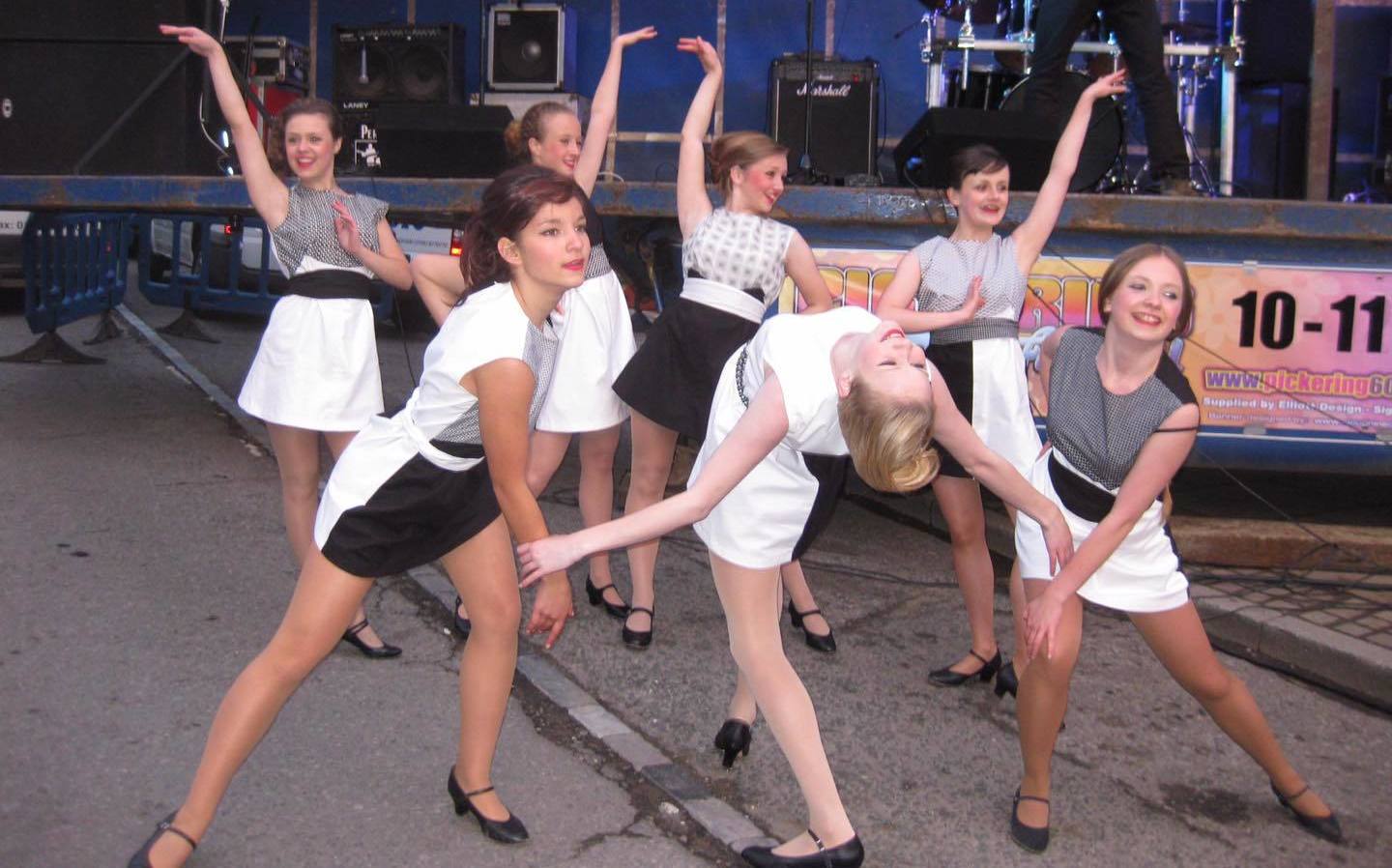 Sunday evening smiles- 60’s event Pickering 2011.
We’ve just found these photographs and thought you’d like to re visit the happy times of events and crowds of people.
Do you recognise Miss Sophie?
Who else do you recognise?
19th May 2021
Yeh finally, Sophie’s Advanced 1 certificate has arrived.
Gaining Distinction qualifies Sophie to take part in RAD prestigious ballet awards, if Sophie wishes to do so.
Well done again Sophie from all at KH we are extremely proud.
👏👏👏 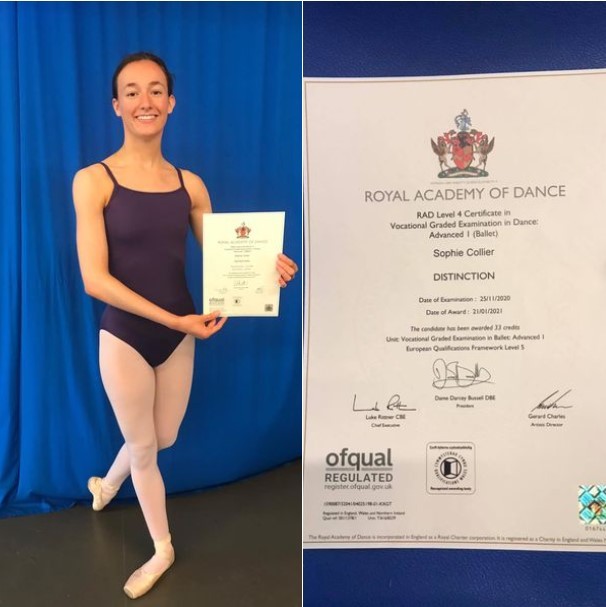 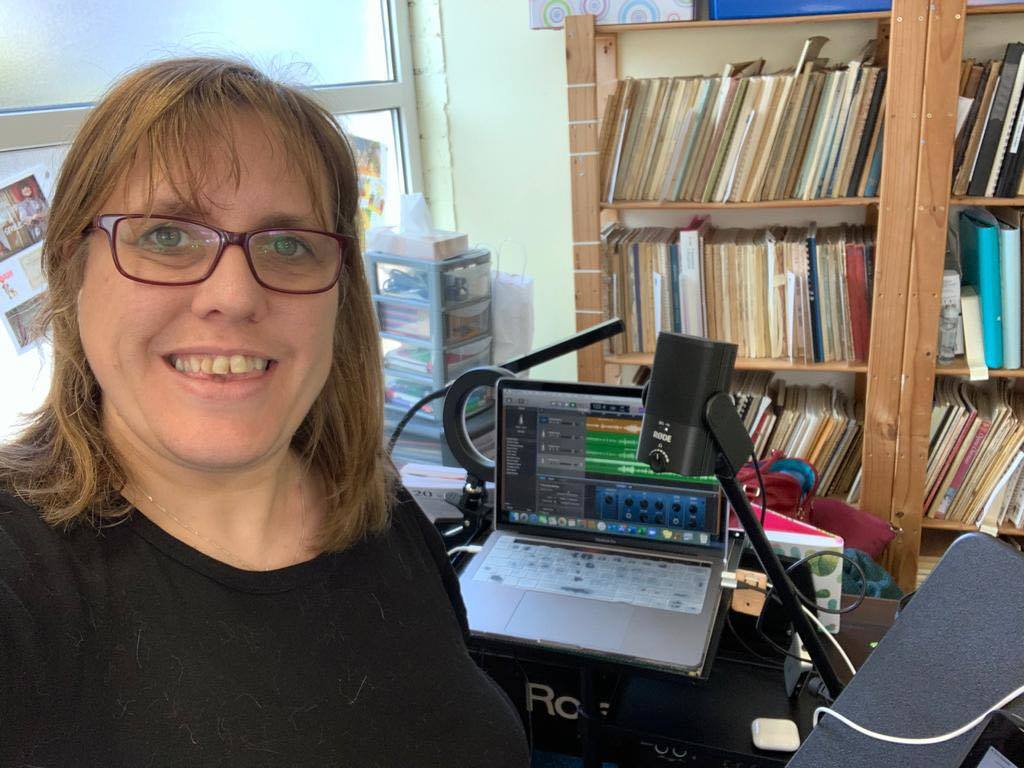 Hi everyone Miss Nicky here-
I’m really missing singing with you all and I hope that at some point soon we can all sing together again. I am looking at ways to make this happen but in the meantime keep singing in your homes! One of the things I really miss is being able to sing in parts and learn harmonies so some of my private pupils have been learning duets and trios this term. We are working on building those part singing skills back up again. So the last couple of days I have spent time recording a lot of the parts for practice tracks so that we are able to sing with others even if they are not there in person. One benefit of this lockdown has been discovering how technology can really enhance teaching and learning.
Hopefully we will get to share some of the duets and trios in the near future but until then keep singing - great for your mind and well-being as well as being fun!
21st May 2021 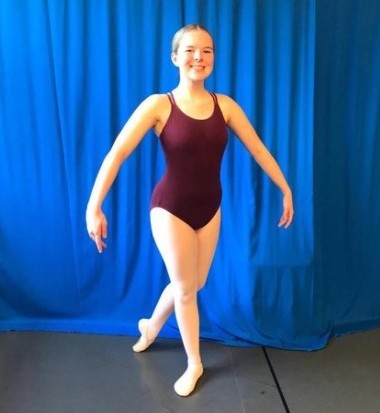 Congratulations to Maddison for gaining another year at York Dance Scholars. (Formally Yorkshire Ballet Scholarship Centre.)
York Dance Scholars is a registered charity providing master classes in Classical Ballet, Contemporary Dance and Modern Jazz with highly acclaimed teachers from around the world with a wealth of experience in the dance profession.
The master classes are intended to complement the training given by their own dance teachers.
Well done Maddison from your KH family. 👏👏👏👏👏
22nd May 2021

KH Saturdays
Another great day full of fun and learning new skills.
Well done everyone for dancing and acting in your socially distanced spaces and our private lesson singers performing well in their performance space.
24th May 2021
Brilliant update from Former pupil Dom Weatherill
Things are great in London, I hope everyone is excited to be back in the studio doing what they love!
Give Them Wings, a feature that I play the role of Richard in, has just been awarded Best UK Feature Film at The London Independent Film Festival, which is a huge honour (and a complete shock) for all the cast and crew. It beat out a lot of difficult competition, including a film starring Jim Broadbent and Tom Felton (both widely known from the Harry Potter franchise).
The book of the film is now on sale in all major bookstores (including WHSmith and Waterstones) it's well worth a read if you'd like to find out about the story before the film is officially released then please check it out.
Give Them Wings, stars Toyah Wilcox, Bill Fellows and Bruce Payne and is due for public release in autumn 2021.
As for me, I've been keeping busy filming on a couple of new projects that are yet to be announced, but I look forward to sharing when they are!
All the best to everyone at KH!
Lots of love, Dom xxx 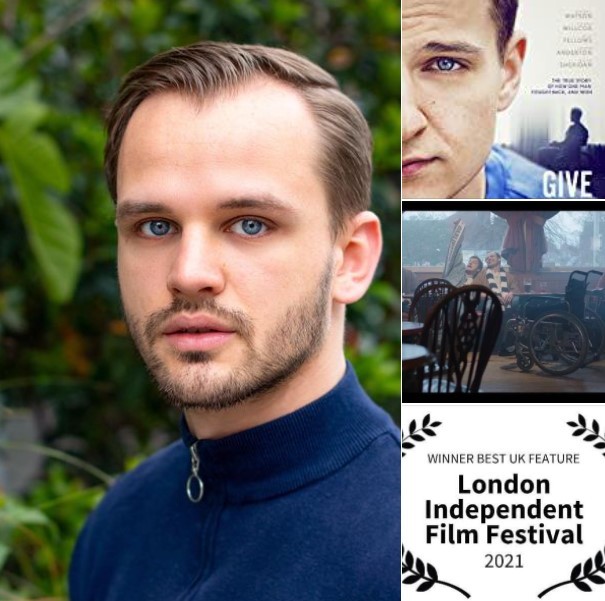 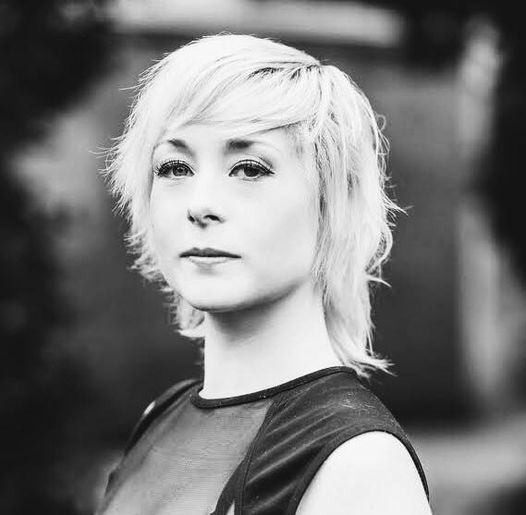 We are extremely excited to announce that Fran Garvey will be re-joining our faculty as Jazz teacher, covering subjects such as Commercial/street. Musical Theatre, Modern Jazz, lyrical and much more.
An award winning performer and choreographer with professional credits from Cameron Macintosh, Disney, Qudos, Pathe, BBC and Christina Aguilera, Fran began her dance training in York at Dawn Tudors school of Russian ballet. Following this she trained at Red Shoes Dance under the direction of Sandra Watson. At age 13 Fran joined Central School of Ballet associate programme and completed he professional dance training at The Rambert School and London Studio Centre where she gained a DipHE in Musical Theatre. After a professional performing career, Fran worked as both a school teacher and a dance teacher, preparing students for public examination such as GCSE and Alevel dance, ISTD exams as well as audition coaching. Many students Fran has worked with have gone on to have professional dance careers themselves or are currently in training at colleges such as Northern School of Contemporary Dance, The Royal Ballet School, London Studio Centre and Performers college. Fran also is a guest teacher at some of these schools.
Fran was the resident choreographer for the youth theatre group NYTC before the company dissolved during the Covid-19 pandemic.
Fran is already part of KH as her daughter attends but now we look forward to welcoming Fran back as a teacher.
28th May 2021
Congratulations to Eloise for gaining another year on the Northern Ballet Associate scheme.
Eloise has now progressed to the intermediate level and has passed the assessment to take part in their Summer Intensive.
Established in 1998, the Associate programme enhances the training of the many excellent dance schools in the north, giving students the opportunity to work in our vast studios with wonderful pianists, and to share a building with the Company's professional dancers.
Congratulations Eloise from your KH family. 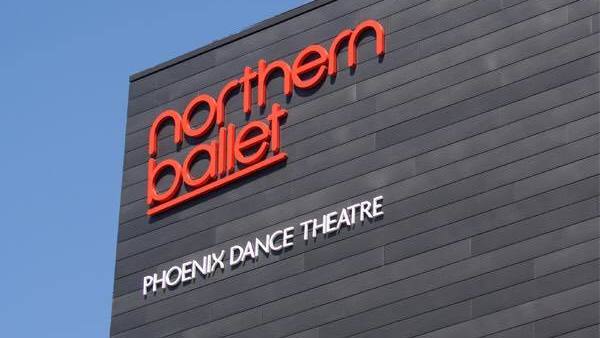 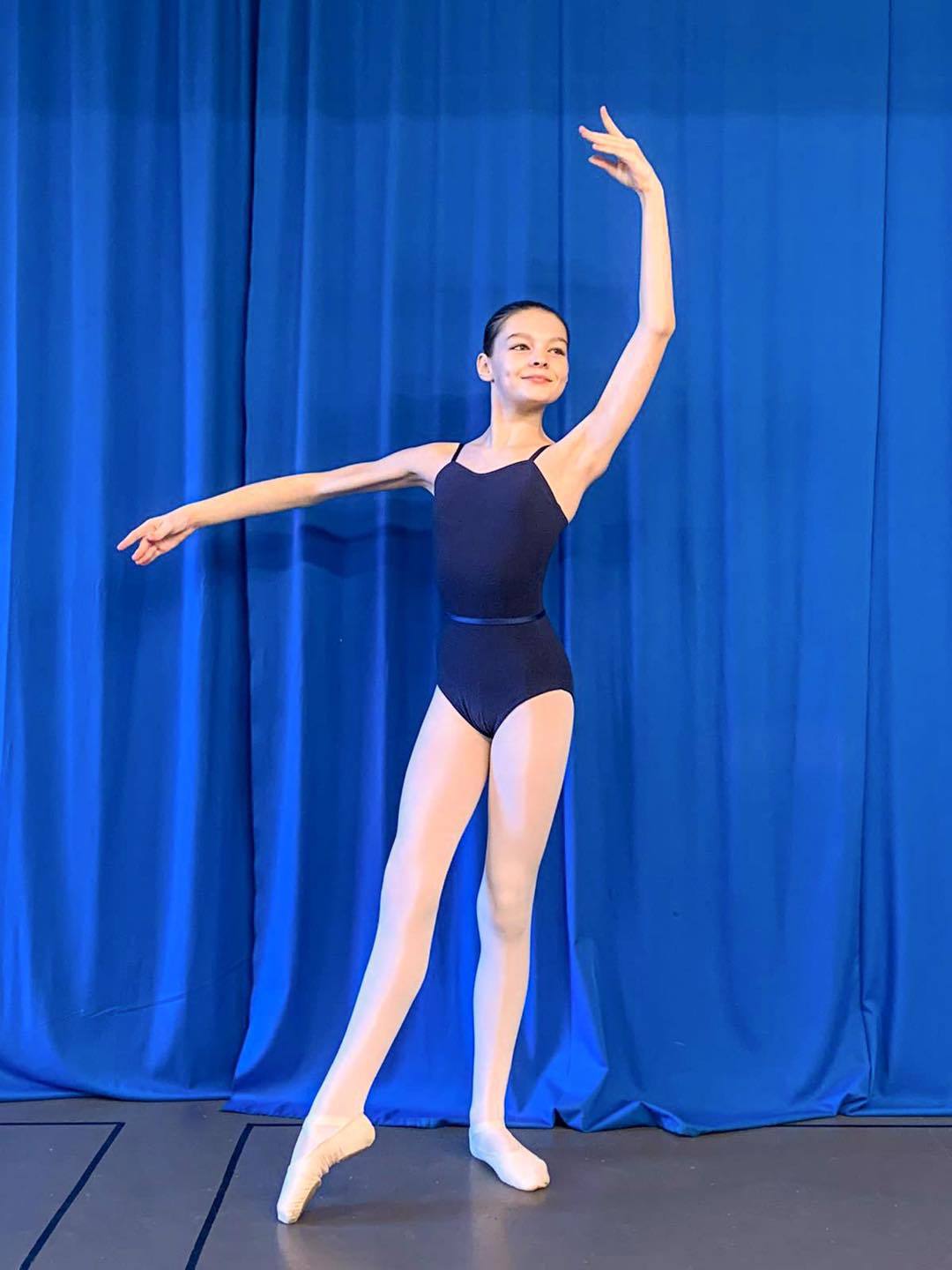 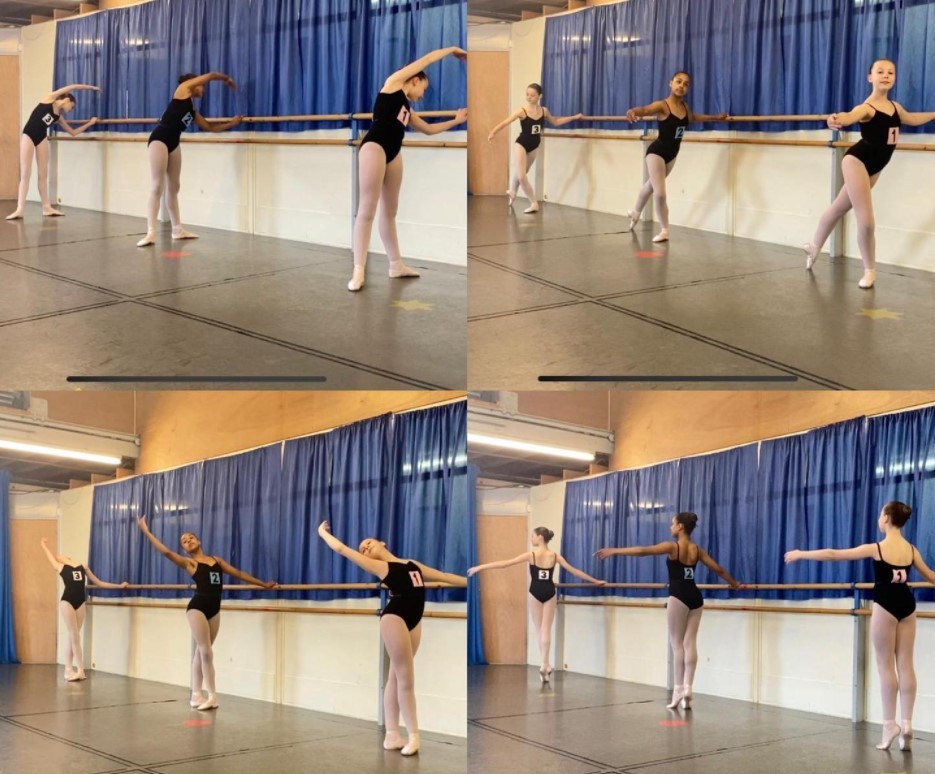 Sunday evening smiles
Huge congratulations to Emma, Stephanie and Eloise for taking their Royal Academy of Dance Intermediate Foundation Ballet Examination today. The exam was filmed to be sent off to the Academy for marking.
massive thanks to Miss Sophie for helping with the music, filming and online form filling. To Miss Angela for being the voice of the examiner and to the girls Mums for their wonderful encouragement.
We’re so proud of all your hard work, commitment and patience girls as we finally managed to enter you for this vocational exam.
👏👏👏❤️
Share this post: