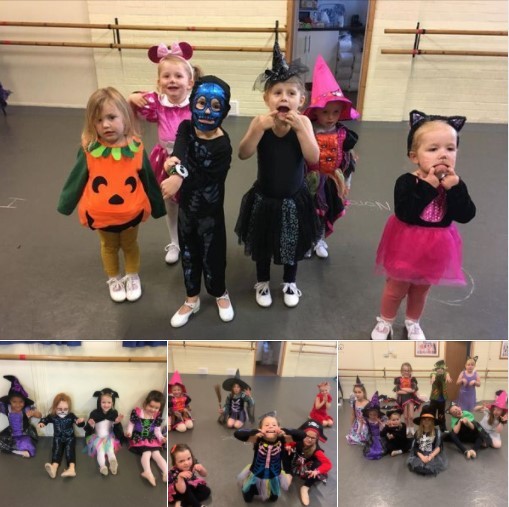 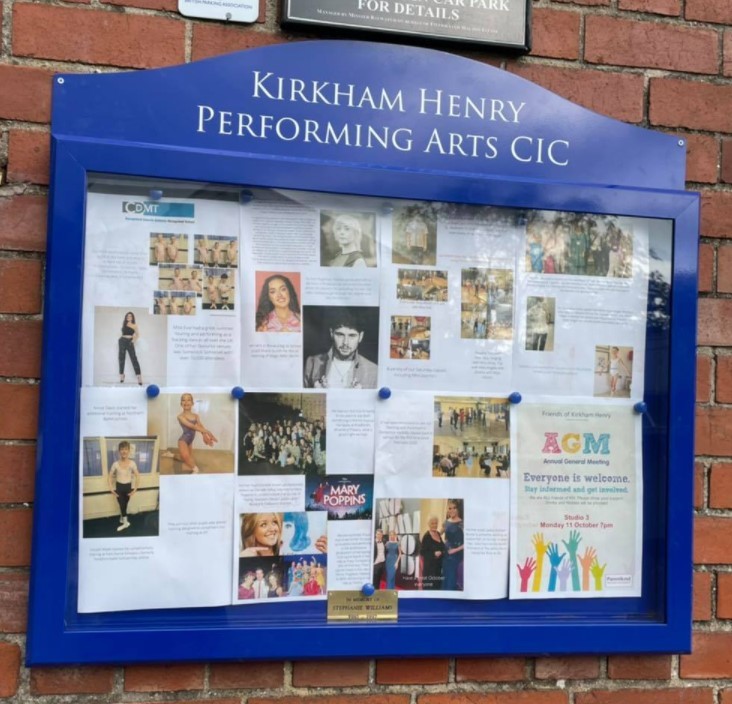 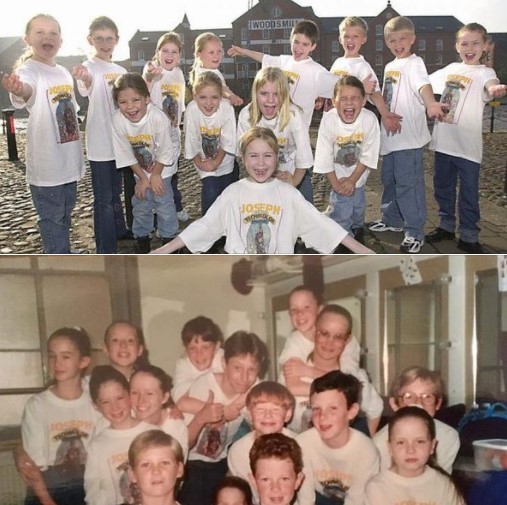 All of our October news
3rd October 2021 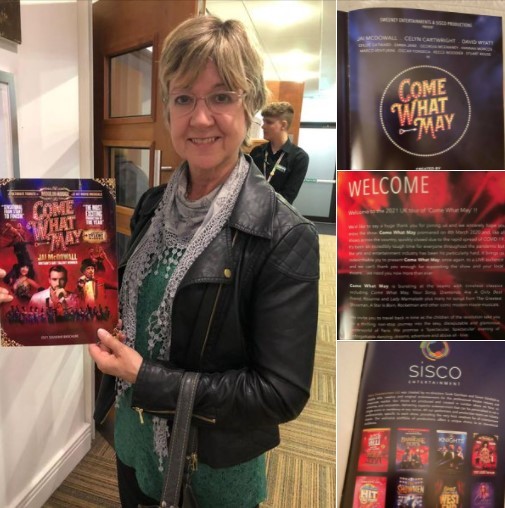 Sunday morning smiles
What a great evening at Bridlington Spa watching former pupil Scott Garnham’s production of Come What May.
Scott, together with Simon Schofield of Sisco productions and Sweeney entertainments created a truly memorable show, where everyone got up on their feet during the finale mega Mix. Friend and fellow KH Director ‘Auntie’ Sue (Thackray) went along with me on what was an awful blustery night but soon we got into the warmth of the production.
Jai McDowall Britain’s got talent winner, Celyn Cartwright and David Wyatt together with a fabulously talented ensemble made an evening to remember. Don’t miss the show when it comes to The Grand Opera House York early next year.
After texting Scott to congratulate him on such a superb show it was lovely to hear back with his reply “Ah thanks so much for going! That means the world you loved it “
On another note all the best for panto dance auditions everyone. Miss Angela x
3rd October 2021
Sunday evening smiles
Focus on our KH Saturday younger Drama classes with Miss Allison.
Being a professional actor Miss Allison is fully aware of the audition standards for the industry.
With all age appropriate training and nurturing, our drama classes bring out the best in all our pupils whether serious about their drama or recreational. Learning can be fun.
Quote from Miss Allison
“It's wonderful to be back in the drama studio and being able to work more closely together. Drama relies on the actors making a connection with their fellow performers and it's fantastic to see how everyone's skills are developing.”😀 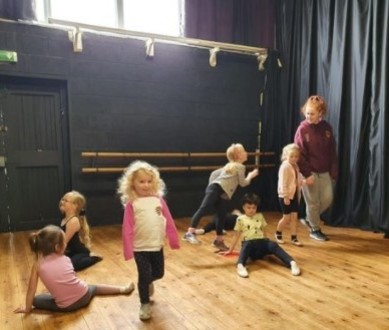 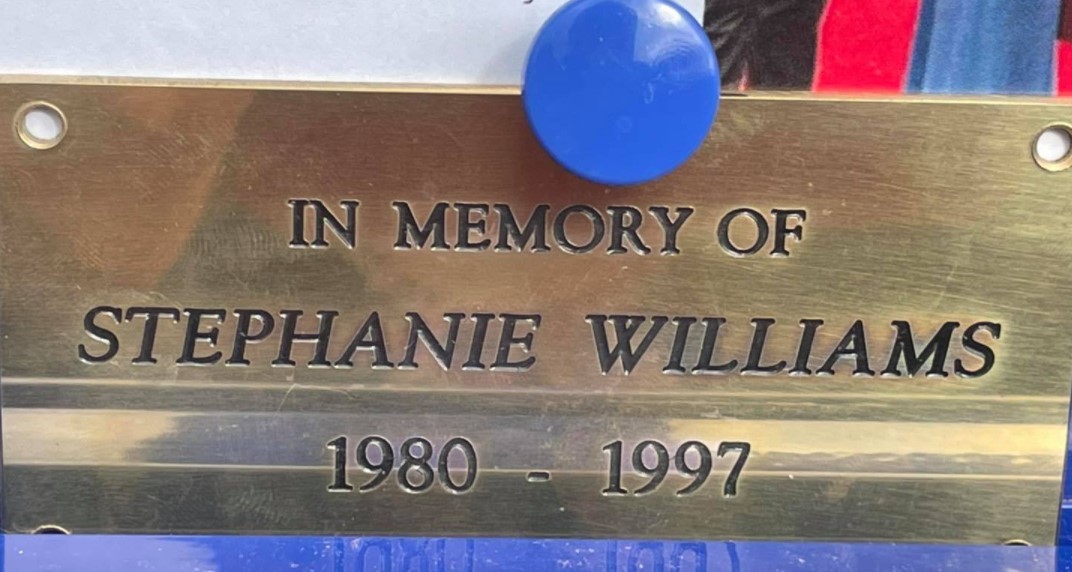 The Stephanie Williams memorial notice board is now up for all Friends of KH charity and KH CIC information.
Stephanie tragically passed away along side her father Reverend Barry Williams after suffering fatal injuries at a road traffic accident. Stephanie was 17 year old and a valued beautiful senior pupil of KH. Shortly after the tragedy in 1997 The Stephanie Williams scholarship was set up to be given to KH pupils who were noticed by the teachers to preserve in all subjects. Requested by Stephanie’s mum, Jeniffer, together with a beautiful trophy awarded for the same reason.
The Scholarship money wasn’t always given out each year but was cared for by the late John Raine, KH voluntary book keeper at the time and lasted, due to the generosity of Stephanie’s family and friends up to this day.
When Friends of KH become an official charity they suggest as the money for the scholarship was coming to an end that something lasting be bought in Stephanie’s name.
Miss Angela contacted Jeniffer and a vote took place regarding the memorial and the notice board geared for all weathers was purchased. We are looking forward to Mrs Jeniffer Williams visiting shortly to see what we hope is a lasting tribute to a beautiful young lady,
9th October 2021 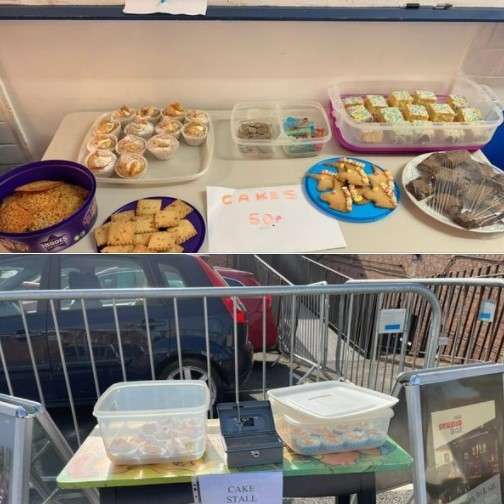 It’s buzzing in Malton this morning, don’t forget to bring some change so you can sample the delicious cakes at KH and Milton Rooms for Friends of KH.
Thanks to this mornings bakers.
9th October 2021

KH Saturdays
Another great day of Drama, singing, Dance, jazz, tap, ballet, commercial, lyrical, musical theatre.
With 5 studios on the go including The Assembly rooms thanks to The Milton Rooms.
Age 3 to 18 year old, such a fun packed learning zone thanks to Team KH teachers, assistants, pupils and parents for making it special.
10th September 2021 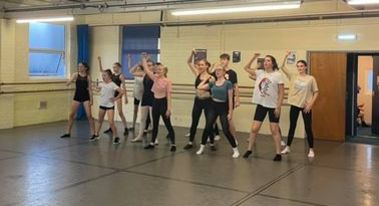 What a fabulous jazz class taken by guest teacher and former pupil Lauren Hood.
Thank you Lauren for kindly stepping in and covering the class.
This groups routine was from The musical Newsies, it looked great everyone, well done 👏👏👏👏
11th October 2021
On this day 11th October 1969 Miss Angela won the English Junior Ballet Championship in London.
Originally from Middlesbrough Miss Angela had no idea after meeting the Mayor in her school uniform, she would have a school of her own.
As not many years later she opened Kirkham school of Dancing. 👏 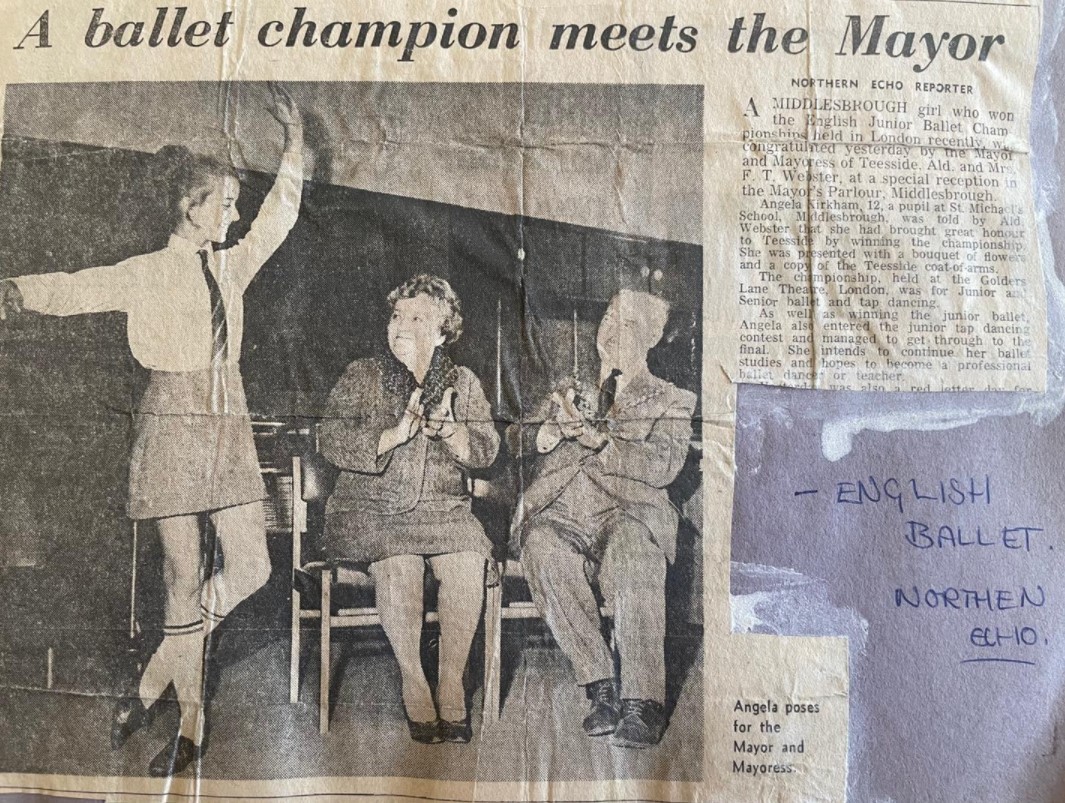 Theatre Throwback Thursday
Two KH Joseph choirs, who appeared at The Grand Opera House York on the many occasions.
KH provided the choir for the professional touring production.
Everyone looking ‘as fresh as a daisy’.
How proud Miss Jennie would be of how everyone has turned out.
15th October 2021
Here’s a quick update from Hermione who is currently studying at Guildford school of Acting (GSA) on the musical theatre course.
Thanks Hermione keep up the good work.
Hi guys! I am having the best time here at GSA! The days go by so fast as we have a busy schedule. I’ve made some lovely friends and really enjoy every minute of training. Hope everyone is well. X 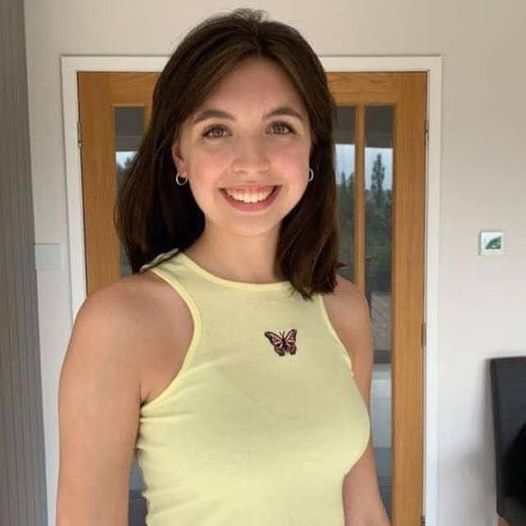 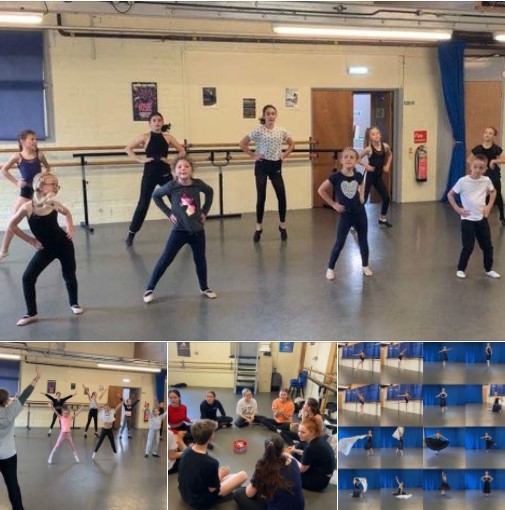 Sunday evening smiles
Well done to all our junior and senior dancers representing KH in MNMT January panto.
First rehearsal today with lots of hard work and fun. Thanks to Miss Rebecca and Miss Joanne for giving up their Sundays to guide and prepare these young people for performing on stage.
Pictures of the juniors hard at work and the seniors having a well earned rest and a little treat.
We would also like to thank Miss Sophie for working with , and filming Lottie’s RAD grade 6 exam this afternoon . Well done Lottie, finally after so many postponements due to isolations and other unforeseen circumstances you managed to work hard and get it done .
21st October 2021

All this week KH has been ‘frighteningly’ good fun .
Halloween came early but we couldn’t miss a chance for our dodgy dance week.
Here’s some of our tiniest tots in their ‘Baby Bop’ tap class and their let’s pretend’ dance and drama class showing their fantastic scary faces .
Plus our lower grade spooky pupils.
Don’t forget to let your children dress up for classes for the remainder of this week and have some Halloween spooky fun
23rd October 2021 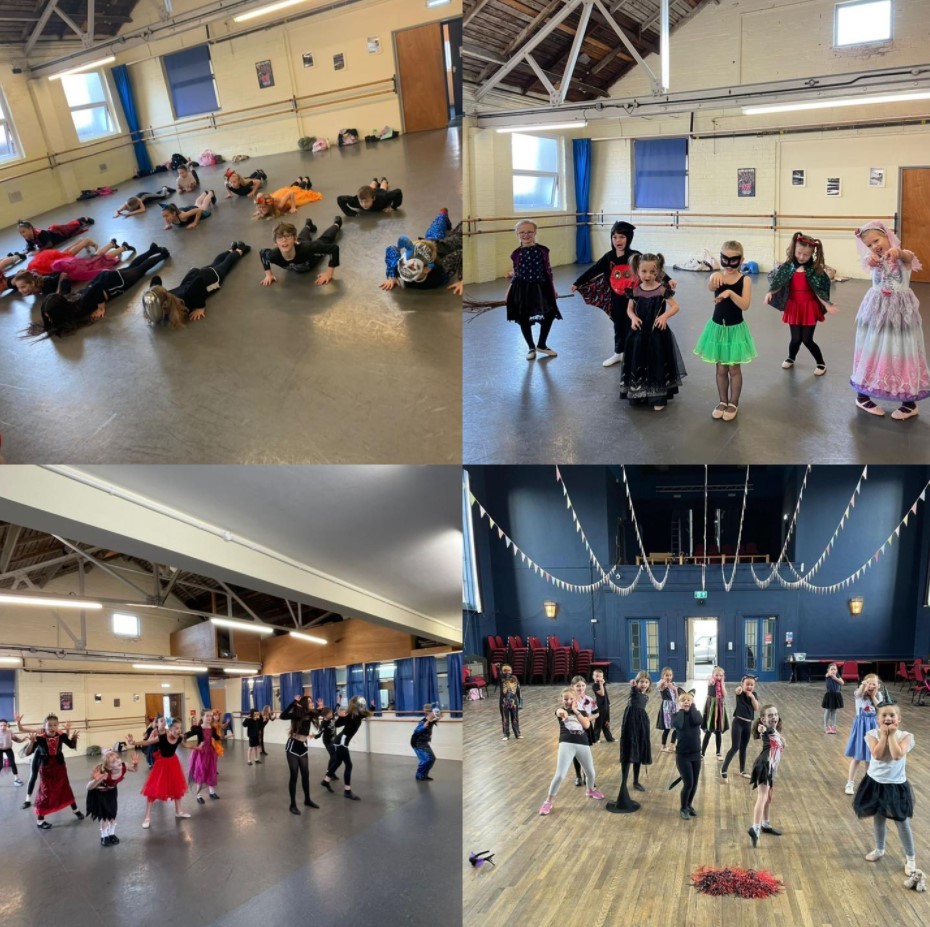 Half term Halloween Hilarity
Our last KH Saturday of the half term and what a creative day.
With our amazing teachers giving their all to nurture each pupil to bring out their potential in a caring positive approach.
Learning is such fun at KH.
Wishing everyone taking part in the Dance Festival this half term week all the very best.
We hope you all have a great week what ever you’re doing.
👏👏👏👏👏👏👏👏👏👏👏👏👏
26th October 2021
Festival fun - Day 3
Another early start after a very late finish with the heat of Miss Dance Of Great Britain.
With a fabulous performance from Sophie Collier, in a heat of 43 dancers. Well done.
Team KH are dancing brilliantly and we are bringing home more medals each day.
After the final day tomorrow we will let everyone know the full results. 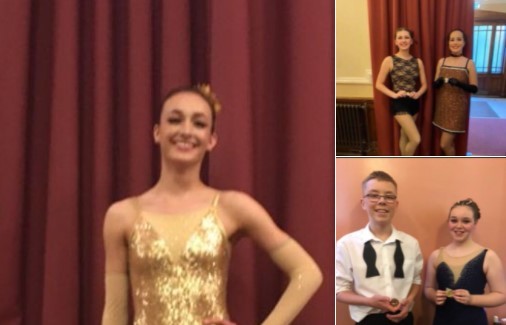 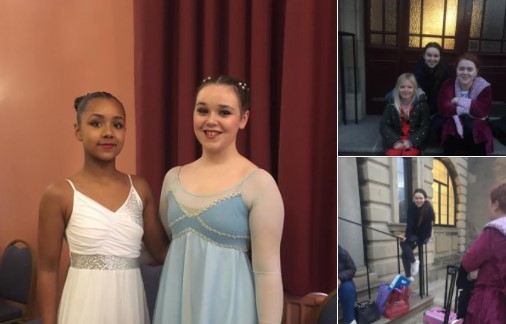 Last day at Elmet festivals.
It’s been a busy day filled with medals and full of KH team spirit.
Little ones watching seniors, seniors playing and entertaining younger ones, and parents having a good catch up over coffee.
Tonight ended on a high with the festival trophy presentations. A lovely way to end the day with friends .
Watch next week for full results . Here’s our KH team photos to enjoy.
31st October 2021
Huge congratulations to our RAD vocational ballet students who filmed (due to covid) their exams today.
Particularly Sophie Collier who took her Advanced 2 final ballet examination and nailing the double pirouette in a gorgeous attitude.
Grateful thanks to Miss Rebecca and Miss Angela for volunteering their time to film and be the pretend examiner, and Miss Kyla for helping with the admin.
The videos will now be sent off to The Royal Academy of Dance to be marked by an RAD vocational examiner.
Wishing Charlie, Jack , Maddison Sophie,Sophie and Sophie. ( yes three Sophie’s) all the best for your results.
👏👏👏👏👏👏 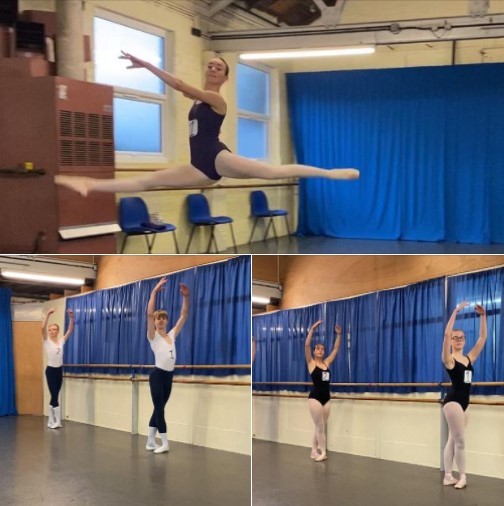